VIDEO: Courtenay Mayor Bob Wells and family shaken but safe after being caught in Alberta hailstorm

Courtenay Mayor Bob Wells and his family are safe, but their van was severely damaged in an Alberta hailstorm Monday afternoon. While travelling to Manitoba for a family reunion, the Wells family got caught in a torrential storm, just south of Red Deer, Alberta. Hailstones, some reportedly the size of grapefruits, battered vehicles along the Queen Elizabeth II Highway. Wells posted a Facebook Live video afterwards, showing the extensive damage to his vehicle.
Bob Wells

Read the original article on the CV Record website 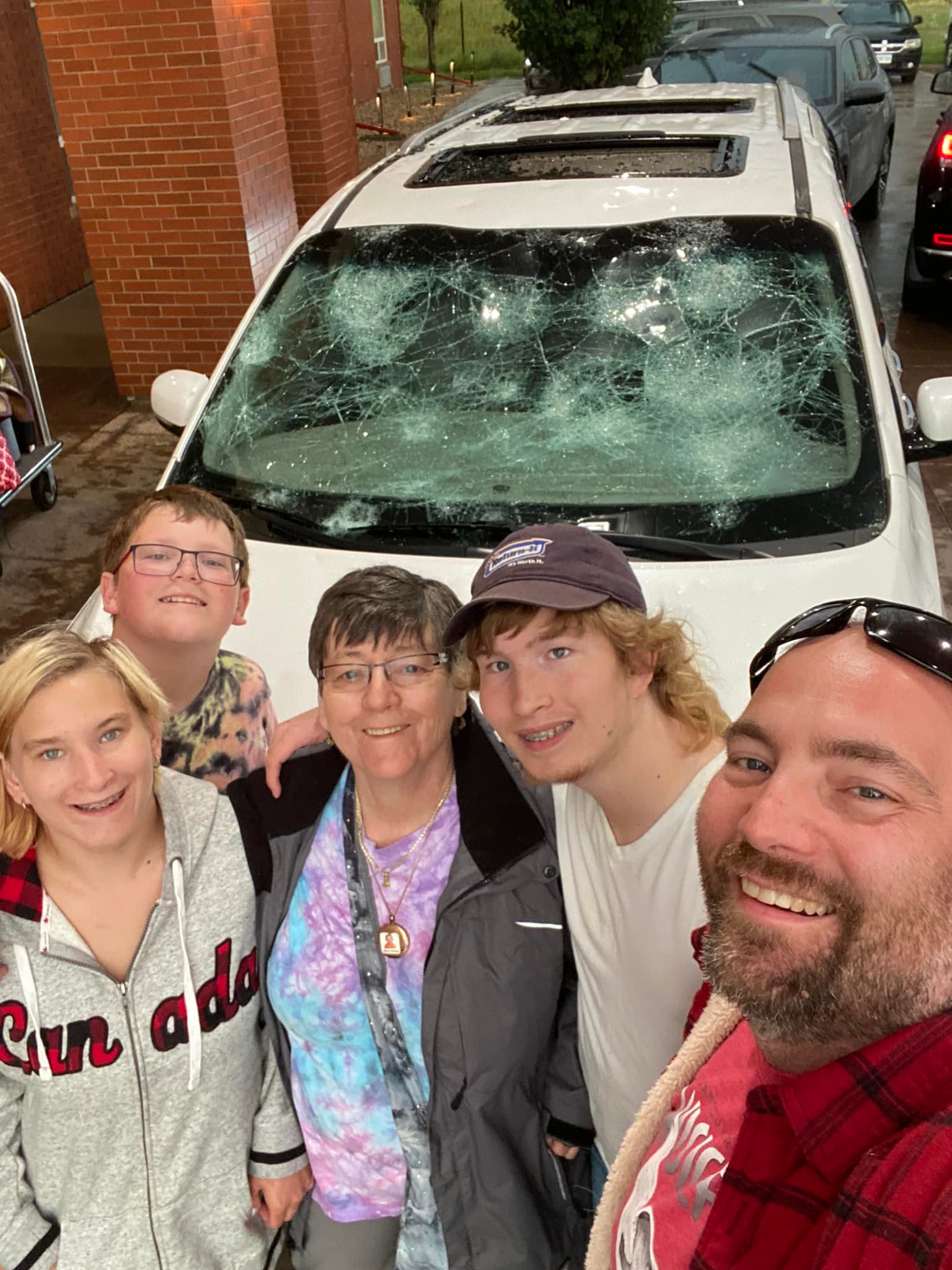 “It did a pretty good number on the van here,” he says on the video. “You can see the windshield is blown out, dents, dual sunroofs both blown out. Luckily the driver’s side and passenger side window were not blown out but the rear passenger window… was totally blown out.

“Obviously the main thing is we are safe, we are healthy. Nobody got hurt; just a couple of scratches.”

Wells told Black Press he stopped driving as soon as the first of the hail hit and cracked the windshield.

“We wrapped ourselves in blankets as soon as it looked like the glass was going to break,” he said. “Grapefruit-sized hailstones blew out the sunroofs and were trying to smash through the (sunroof) headliner – the interior part that keeps the inside dark. So we were holding that up to keep the hail out and it hurt like heck… if a hailstone hit right where you were holding it, oh my god. My knuckles are all bruised up and stuff from that, but that’s First World problems.

“We all got impaled with little pieces of glass and stuff, but a couple of showers, and the kids went swimming – we are OK.”

The family stayed in Red Deer overnight, then made their way to Edmonton Tuesday morning.

“We have a Jeep Grand Cherokee now – that’s our rental,” said Wells.

“We were supposed to be in Edmonton Monday night, so we will stay here for a couple of days before making our way to (Manitoba).”

Wells said the car – which is his mother’s – is likely a write-off.

“It hasn’t officially been assessed yet, but there are hundreds and hundreds of cars damaged, so who knows when they will get around to it.”

Other places this article was posted