Mayors in the Comox Valley reflecting on Earth Day this year are hoping for more change after extreme weather events over the last 12 months.
By Justin Waddell

After a 2021 filled with historic heatwaves, heavy rainfall, flooding and cold snaps, the mayors of Cumberland, Courtenay and Comox say they are getting ready for another season of difficult weather patterns.

“Early reporting suggests we’re in for a hot and dry summer,” said Comox mayor Russ Arnott. “So we’re reminding residents to do what they can to stay healthy and safe during those extreme weather events.”

Arnott is not alone in concerns over the weather events. Cumberland mayor Leslie Baird says the events over last summer and winter came on very quickly without any knowledge of what was going to happen.

“It really put us in a tough position so we’ve done a lot of work to correct that so that if it happens again we know the process to follow,” said Baird. 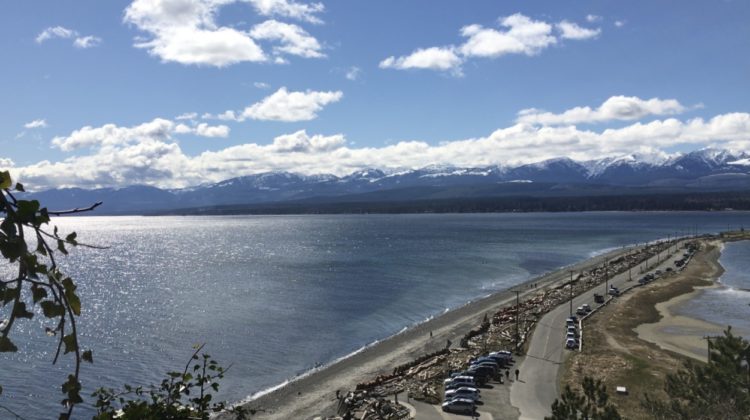 View the original article on www.mycomoxvalleynow.com

Courtenay mayor Bob Wells echoes the community involvement cited by Baird. He says he is very proud of the youth’s involvement in organizing an event on Earth Day at Simms Park.

He adds local politicians are open to the new ideas coming out from young people in the valley.

The local politicians say that they are very proud of how the municipalities have changed over the years.

For Baird, who has been on Cumberland council since 1990, the changes are highlighted in the number of people willing to clean up trash in the surrounding forest.

“It’s nice to see people out cleaning up the areas and the trails and the roadways,” said Baird. “But’s it’s true, it’s something that needs to be done every day. People need to be more aware of their surroundings and what they’re doing by leaving litter around for other people to pick up.”

Baird thanks volunteers for their help as some of the projects necessary to improve the environment can be quite costly.

But, the politicians are looking for more adaptations in the future to lower environmental impacts.

Baird says Cumberland has been getting lots of seminars from the province and is willing to help any other community that may be suffering from climate change.

Wells says Courtenay has committed to reducing their greenhouse gas emissions by 45 per cent by 2030 and reach net-zero by 2050. He says other changes to infrastructure will help them reach the goal.

“At the municipal level, we’re trying to make more liveable communities, 10-minute neighbourhoods so people can do most of the things they need to do right where they are,” he said. “Along with increasing BC Transit trips to make them more affective and convenient for people.”

Russ Arnott also adds the Town of Comox is working on ways to lower their carbon footprint.

Baird adds teaming up in the valley will be one of the keys for a more sustainable and responsible future.

“We all need to work together, we are on the island and it’s amazing how we can step forward,” she added.