The 2019 Poppy Fund Campaign officially kicked off in Courtenay Friday afternoon, with the traditional flag-raising ceremony outside city hall.

Members of the Courtenay Legion, city council, and cadets were in attendance for the ceremony.

“Whereas – Every year, tens of millions of Canadians wear a Poppy as a visual pledge to honour Canada’s Veterans and remember those who sacrificed for the freedoms we enjoy today; and

Whereas – This year the Poppy Fund Campaign in Courtenay will be observed from October 25th to November 11th, 2019; and

Whereas – Royal Canadian Legion Branch #17 members and cadet volunteers will be distributing poppies and accepting donations to the Poppy Fund throughout the City of Courtenay during this period to directly support Veterans and their families within the community and to help ensure Canadians ‘never forget’; and

Whereas – I encourage our citizens to give generous support to this campaign and wear a poppy in remembrance of those who fought for their country and still serve today; and

Poppies can be purchased at various retailers throughout Courtenay, beginning this weekend. 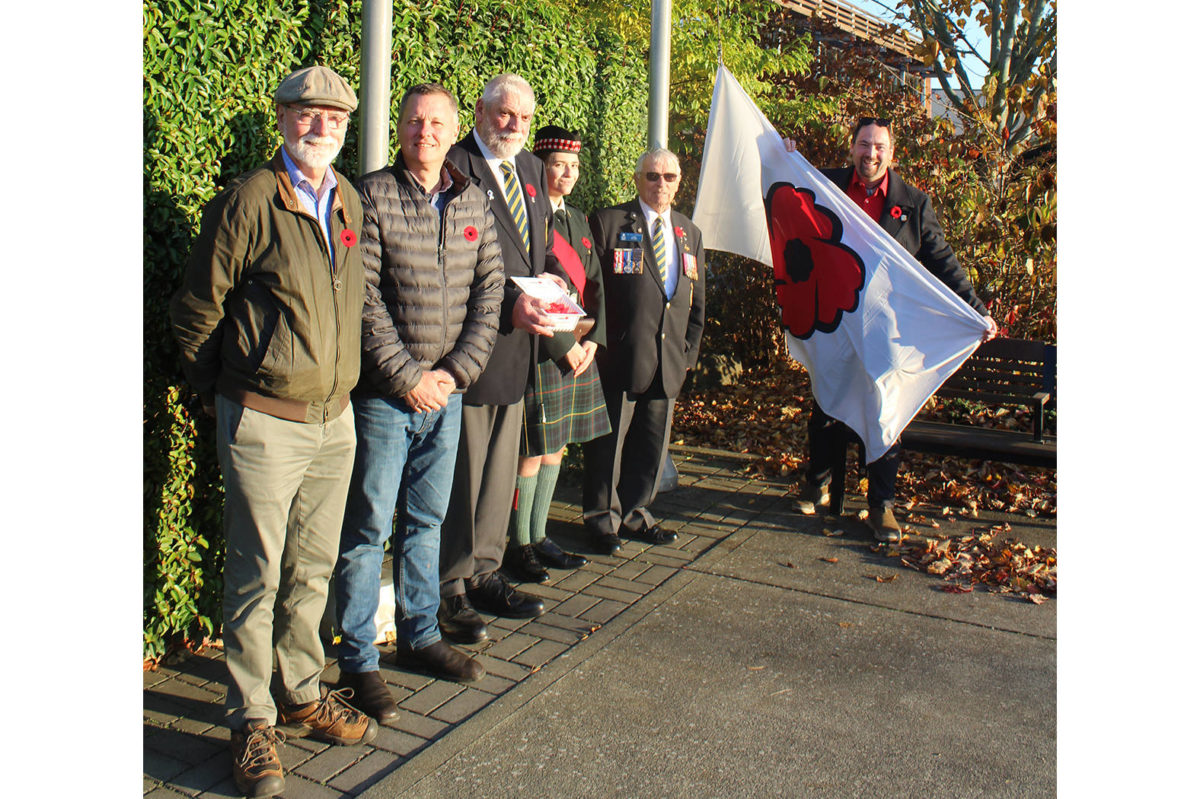