The City of Courtenay’s efforts to reduce greenhouse gas emissions in corporate operations and the broader community have been recognized by the joint Provincial-Union of British Columbia Municipalities (UBCM) Green Communities Committee (GCC).

The GCC, through the Climate Action Recognition Program, has awarded Courtenay Level 3 recognition – ‘Accelerating Progress on Charter Commitments’ for 2018. Courtenay signed the Province of B.C.’s Climate Action Charter in 2007, a voluntary agreement between the province, UBCM, and local governments to take action on climate change.

Mayor Bob Wells said the recognition is a testament to Courtenay’s commitment to reducing its carbon footprint for both municipal operations and the community as a whole. “Climate change is one of the most serious challenges we face, particularly as we see these extreme weather events increasing in frequency,” noted Wells. “Courtenay has been making steady progress on a number of fronts to mitigate the impacts of climate change, as well as reduce greenhouse gas emissions, and we’re pleased to receive this recognition in response.”

In March 2018 Courtenay was chosen to participate in a national pilot project that will help strengthen the City’s resilience to the effects of climate change through the Municipal Natural Asset Initiative (MNAI). Courtenay is using the pilot to develop an action plan for flood mitigation in the downtown core through a combination of natural assets and the built environment. 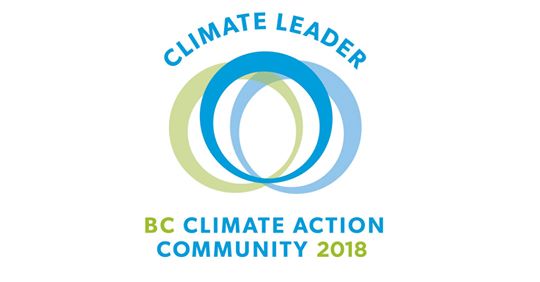