A tidal marsh is a type of marsh that is found along the shoreline of coasts and estuaries of which the flooding characteristics are determined by the tidal movement of the adjacent estuary.  The vegetation on the shore is called a salt marsh and it is a complex of many salt tolerant plants.  The vegetation from the tide line out into the waters of the estuary is composed of a single flowering plant known as eelgrass.  Volunteers including Three local candidates running for office in November have been working on the shoreline by the new Royston Seaside trail creating salt marshbenches.

This new park site, in the early part of the 20th century, was an area with extensive tidal marshes. As the first settlers began to log forests in the area rails ran along the shoreline on an artificial dyke and logs were transported and dumped into the estuary for movement to saw mills.  This activity went on for decades and caused major habitat damage to the estuarine ecosystems.

The sunken ships that can be seen off the estuary shore are known as the ‘Royston Wrecks’.  For years, these ships served to protect the shoreline against storm action and the scouring of the shore with logs in the water.

All of the damaging industry is in our past, but now is the time to work together and restore habitat.  The amazing success so far is really encouraging.

The Comox Valley Project Watershed Society has embarked on a major restoration project to re-establish the tidal marsh system lost during that time.  All of this is occurring along this new CVRD trail which will become a major destination in the Comox Valley for residents and tourists wanting seaside outdoor activity.

“I was very encouraged  with the enthusiasm of the staff and volunteers of Project Watershed for  this tidal marsh restoration effort ,”  stated Rebecca Lennox, candidate for Courtenay Council. 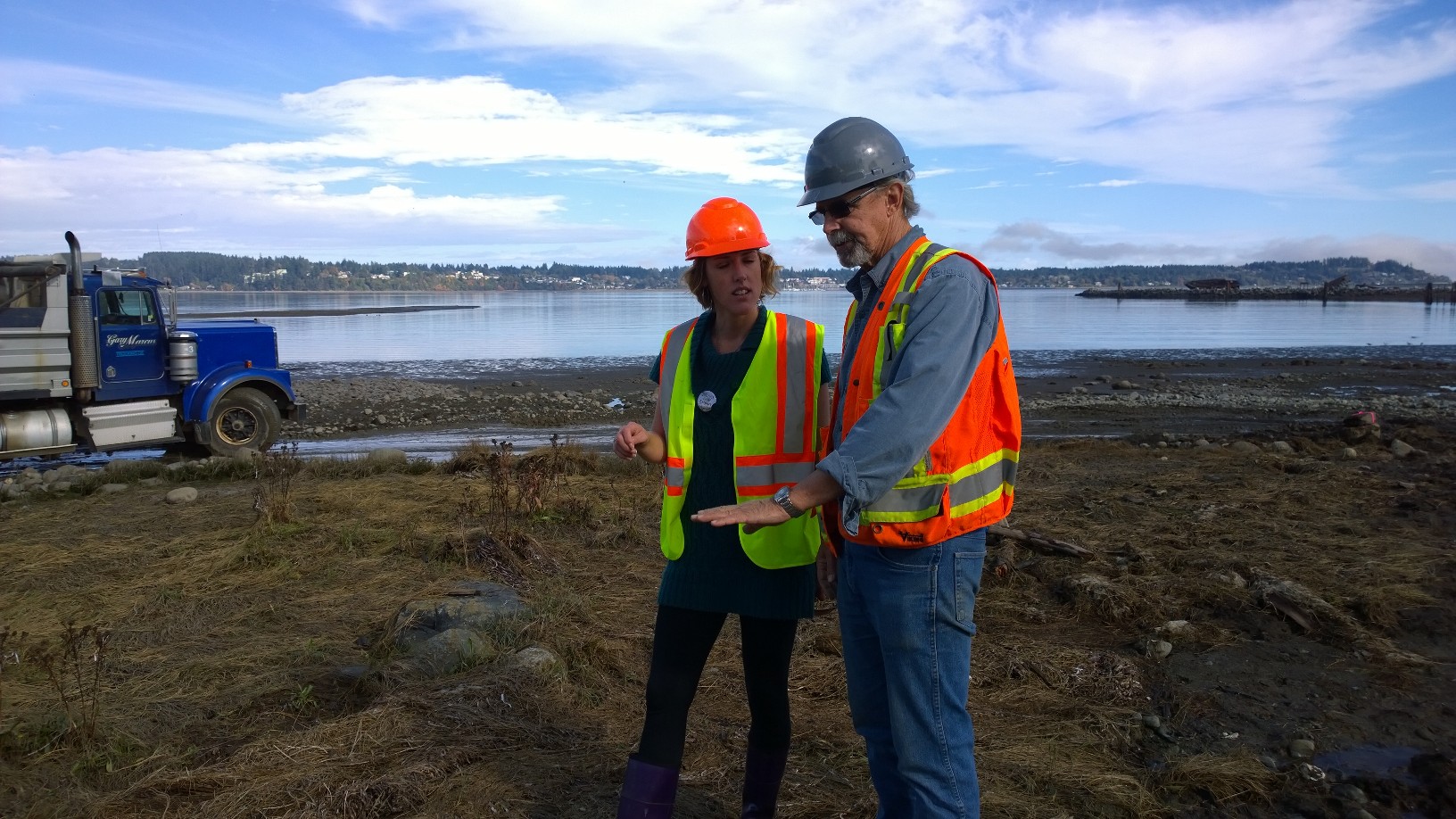 “We have restored almost 2000 m2 of eelgrass in the intertidal and sub tidal waters near the Wrecks and have just started the construction of three salt marsh benches which will occur over the next six months” reports Paul Horgen Chair of the Board.

Jim Gillis, running for Director of Area B in the Regional District, exclaimed that  “it was wonderful that a stewardship group like Project Watershed could secure over $100,000 in competitive funding to carry out these restorative activities on our new seaside trail.”