Comox Valley’s Bob Wells was named as one of the winners of BC’s Forty Under 40 in the latest edition of Business in Vancouver.

Bob is the owner of My Tech Guys and has volunteered for organizations such as Rotary, Comox Valley Youth Music Centre (CYMC), Child Development, You Are Not Alone (YANA) and ElderCollege.

“It was pretty amazing when I found out. I think I am the only person on Vancouver Island to win, and only a handful of winners live outside Vancouver so its a tremendous honour,” said Wells. “It was a great end to an awesome year.”

Wells and his wife Michelle started 2011 with the birth of their son Quinn on Jan. 5. The award goes to individuals that are leaders in their fields but has a focus on those that also volunteer in their community. Past winners include Michael Trotman, CEO of Trotman Auto Group, (owners of Comox Valley Dodge), John Starkey of Expedia.com, CEOs, lawyers, doctors and administrators.

Bob gives credit to those around him who have helped him over the years. Support from his teachers in high school to his local Rotary club that sent him on a Youth Exchange to South Africa, (and his mom who let him go), friends, mentors and of course, the wonderful customers who let him do what he loves to.

The person who has given him the most support is Michelle, who he met in high school and she became his campaign manager. 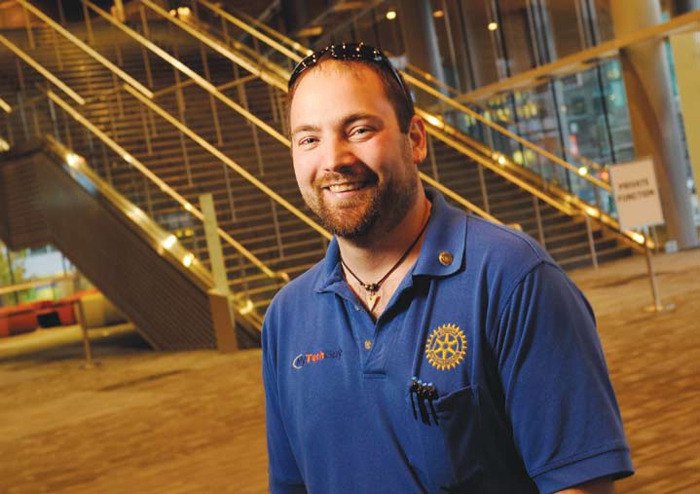