Endorsements for my mayoral campaign

I’ve known Bob Wells for 6 years now in both a personal and business context and when I heard he was running for mayor I was delighted.  In the many times I have seen him in action I have been impressed by his solid grasp of the issues, whether it’s on water and the environment , the lack of affordable housing, urban planning, finding a permanent home for the Farmers Market, accessibility or many others. He has a genuine curiosity about what makes this community tick and a non-idealogical collaborative approach to working with his fellow counsellors and City staff. His personal support for many community causes and special events continues to impress me. But beyond all this, a mayor should also represent the spirit of the community. I believe Bob’s gregarious nature and boundless energy would really accentuate the compassionate, creative and culturally rich place we live in. For all these reasons, for mayor of Courtenay, Bob Wells has my vote.

To the Voters of the City of Courtenay,

When I heard that Bob Wells was running for Mayor of the City of Courtenay my eyebrows hit the ceiling and my mouth hit the floor. It all made sense, like the twist at the end of a good movie, you know, “I see dead people.”

I support Bob Wells for Mayor of Courtenay. What about Bob Wells makes him the best candidate for mayor? Bob has proven himself to be a skilled and trustworthy leader in business and in our community. His dedication to improving our community is unmatched. I’m serious, Bob reads the Energizer Bunny a bedtime story, gently tucks him in, gives it a tender kiss and then goes back to work. He’s that committed. I support Bob because I know that he will work tirelessly for the City as Mayor since he’s already doing it now.

Whether it is in his role as a community builder through Rotary, a dedicated volunteer building homes for Habitat for Humanity, or as a champion to Arts and Culture in the Comox Valley, Bob Wells acts to ensure a stronger community. In the 15 years that I have known Bob he is an amazing family man, a spirited leader and a kind and truthful business entrepreneur.

It is without hesitation that I endorse Bob Wells in his Mayoral candidacy for the City of Courtenay.

I remember the first time I photographed Bob Wells, he was about to open a small computer store on Comox Ave and now look at him and Michelle! Three kids later, basically running a computer empire with My Tech Guys, massive community contributor, and after years on Courtenay council now running for mayor. Despite all that swirls around him, he still takes my 911 computer emergency calls. Him and Michelle are two of the nicest people you can meet.
Karen McKinnon

No gym? No problem. Fitness is flexible and our clients get their workouts done in the place that works best for them. On a sunny spring day, there’s no better place to be than outdoors in the fresh air and Bob Wells for Mayor crushes his workouts at the track with Coach Sarah Seads.

Bob is busy busy. Father of three, owner of My Tech Guys, City Counsellor and running for Mayor, he’s probably busier than you and us combined;). But here he is, rocking his fitness every week by making an appointment with his health (and his trainer).

Motivation through accountability is one of the biggest reasons our clients join our ELM family and well, that’s because it works! Figure out what motivated you today and don’t judge it, just go with it! Be like Bob. Set yourself up for success by identifying your strongest motivators, get it done and you will be happy you did!

Great news to hear that you are running. With your experience in local governance, environmental responsibility, and inclusive attitude you will make an excellent mayor. You have my vote.
Ernie Sellentin

I believe Bob takes a balanced and transparent approach to solving issues and continually seeks maximum input necessary for solid decision-making. He has been a progressive, inclusive Councillor who manages to “do the job” and operate a very successful, business in our community. He is a continual supporter of, and contributor to, local NGO’s with donations of time and technical expertise to their many public events.

I’m pleased to support “Bob for Mayor” of my community.

As a director serving on the board of Project Watershed, I have had the opportunity to work alongside Bob Wells. In my experience he is effective, well-informed, and a champion for our local waters. Through his company My Tech Guys he has offered assistive technology workshops that empower those with divers abilities.

Thanks to all that have taken time to support my campaign.  We are truly grateful. 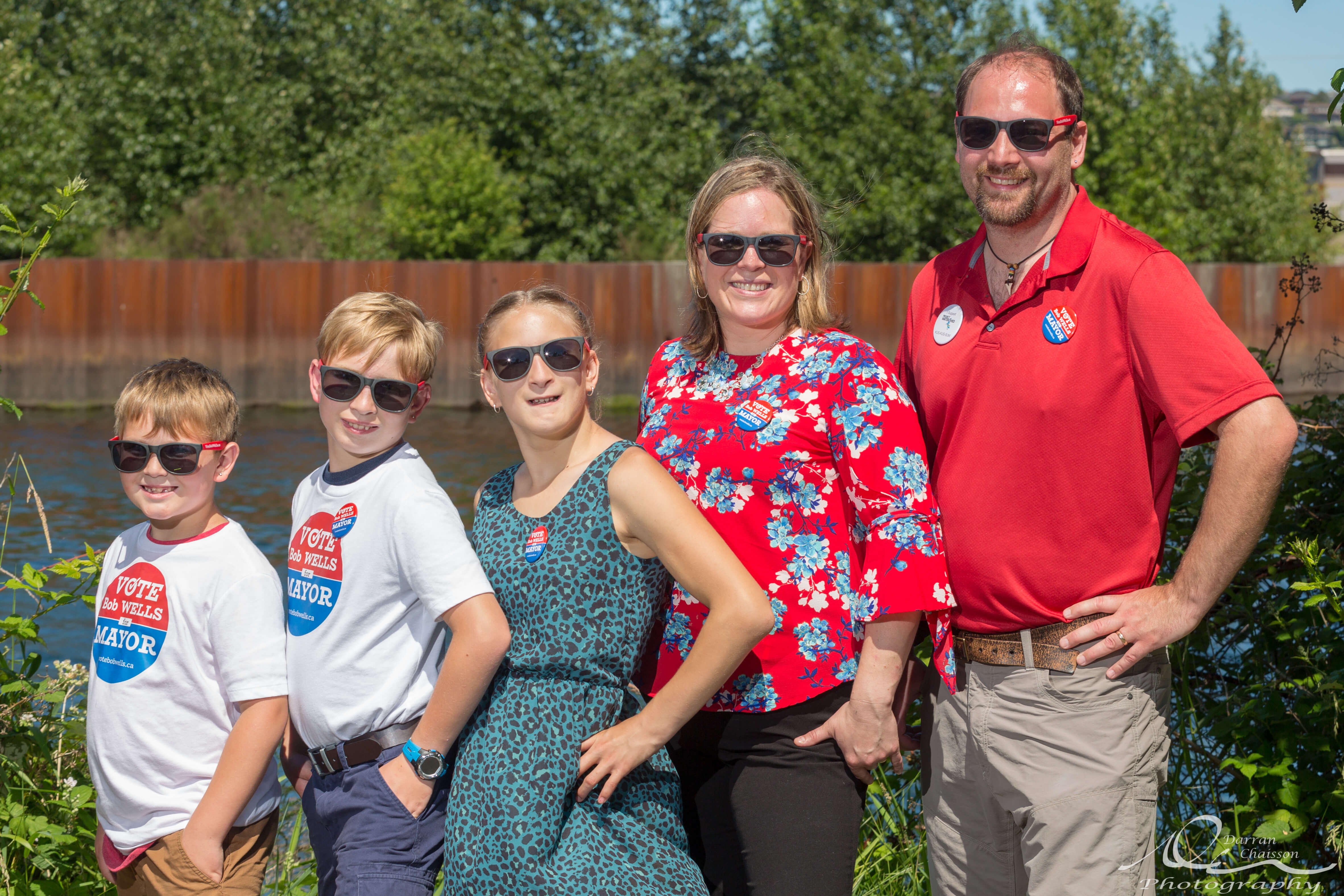 I am pleased to see candidate Bob Wells is seeking a position on Council for the City of Courtenay. His entrepreneurial spirit and keen sense of community gives him a clear mandate to work and provide benefits for the people of Courtenay. I have know Bob for many years and his friendship has been nothing less than stellar. His professional relationship with the Klahoose First Nation has been a great boon for us and we continue to welcome him to our territory. On Election Day, I look forward to seeing Bob Wells successfully wining a seat for the good of the entire community.
Chief James Delorme,

Bob will be an excellent member of council, bringing a breath of fresh air and innovative thinking to Courtenay Council.
Chip Ross

Citizen of the Year and Rotarian

Bob is dependable, ethical and has consistently demonstrated a deep commitment to the well-being of his family and his community. He has excellent communication skills and has been highly effective in serving the public through his businesses and volunteer efforts.
Dorothy Argent